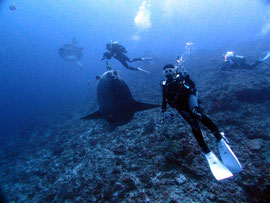 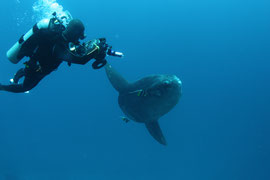 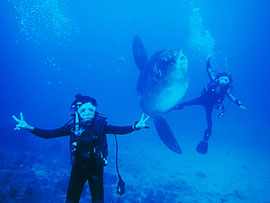 20 years ago, sunfish  inhabiting Bali was hardly known to the world.

Its is also true that our dive center opened in Candidasa 1998 without knowing the fact that sunfish were inhabitated.

Looking at sunfish at the sea of Candidasa overlapped after a couple of years  since opening and it gave me a chance to investigate sunfish.

The encounter with sunfish gives a wonderful impression which other creatures cannot taste.

I would like you to enjoy sunfish dive in accordance with our rules, with the motto of not invading the sunfish's living environment  extremely and observing sunfish.

Schedule when sunfish could be seen with high probability on 2021

Total six weeks 28days, When do you want to meet the Mola Mola(Sun fish)?

Condition for participating in sunfish dive